How Safe are Your Vehicle’s Tires? 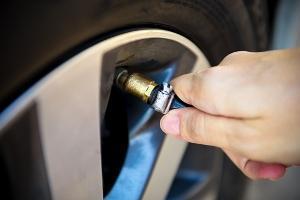 Currently, there are no federal regulations that require tire salespeople to provide consumers with the actual age of the tires they may be purchasing. Tire purchasers may think they are buying brand new tires, but in reality, that tire may be a decade old.

According to the National Highway Traffic Safety Administration (NHTSA), a vehicle’s tires that are six years or older run a greater risk of sudden “tread separation” where the tread of the tire comes apart from the casing or body of the tire. When the tread separates from the tire, the driver can lose control of the vehicle, resulting in dangerous, even deadly, vehicle crashes.

Even if an old tire has new and unused tread, there is still a high risk of tread separation the more the tire ages. That is why the NHTSA, as well as many vehicle and tire manufacturers, recommend that tires which are older than six years old not be used.

An investigation by a San Diego news station found several tire stores that were selling new tires which, according to the above recommendations, should have been pulled from the shelves. One store offered to sell the undercover reporter brand new tires which were actually 13 years old.

How can consumers know if the tire they are about to purchase is actually safe and new? On every tire is a tire identification number which can be found on the whitewall of the tire. If a tire was made after 2006, that number is easily found on the sidewall facing out.  Tires manufactured before 2006 have their identification numbers located on the inside of the whitewall and are much more difficult to see.

A tire manufactured before the year 2000 only has three digits at the end of its serial number.  A tire that ends in 276 was manufactured the 27th week of 1996.

If you have been injured in a motor vehicle accident caused by a defective tire, or other part, contact an experienced Hartford personal injury attorney to find out what compensation you may be entitled to for pain and loss.